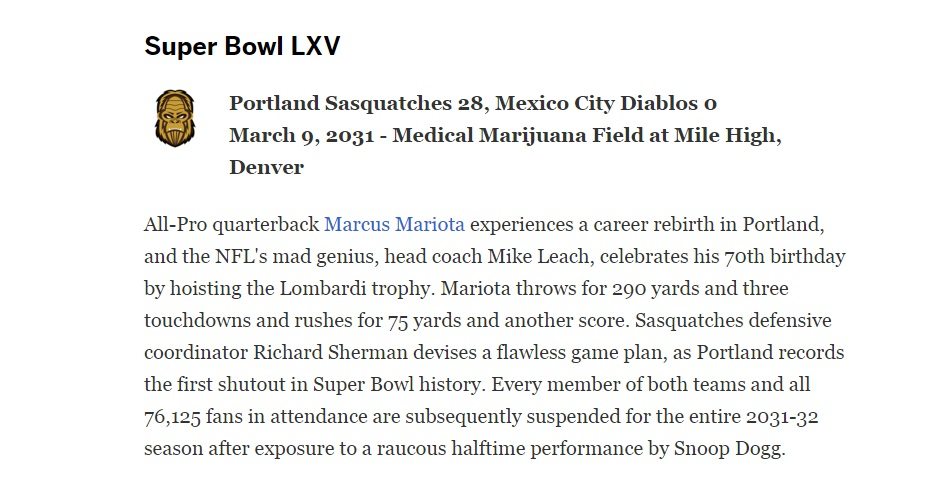 But in this world of instant gratification, that’s already old news.

In a nod to short attention spans, it’s time to predict the next 25 Super Bowl champions.

Please suspend your disbelief at the door.

Barely a month ago, his confidence flagging, Bogdan Bliznyuk was leaning hard on his Eastern Washington teammates and coaches.

Now he’s returning the favor. The sophomore forward is a big reason the Eagles have won four straight. Together, they’re gaining momentum for a reprise of their NCAA Tournament run.

Spokane’s coaching staff huddled Tuesday morning to review the roster and take a dry run at paring the arena football team’s training-camp roster down to 25.

“We’re not even close,” head coach Adam Shackleford said. “We like a lot of the guys we have.”

That’s good on several fronts. Spokane isn’t quite a week into camp and has another full week before it needs to cut its roster to 25 on Feb. 18, two days before the season opener against Tri-Cities. It also means offseason recruiting went as planned.