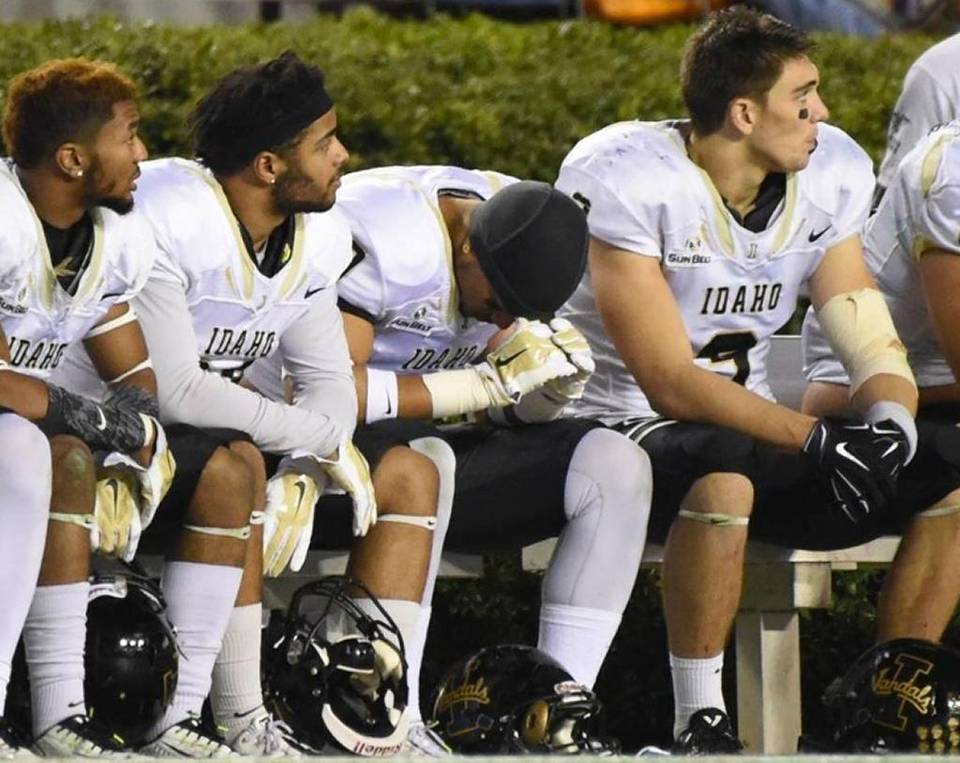 The Vandals’ football program finds itself at another crossroads.

The Sun Belt Conference will not extend Idaho’s football membership in the conference beyond its current agreement, Commissioner Karl Benson announced Tuesday in a teleconference from league headquarters in New Orleans.

The Sun Belt will become a 10-team league starting in 2018, and will explore the possibility of a round-robin schedule and a conference championship game in football. Those two scenarios became a possibility after a recent change in NCAA legislation. Senior has 1,733 career points, just eight behind the school record, as Eagles and Bengals among the four Big Sky teams battling for third with 10-6 records