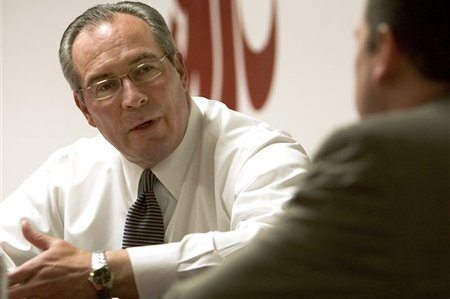 Washington State Athletics released its financial information for the 2015 fiscal year on Tuesday, and the Cougars were once again in the red.

For the second consecutive year WSU Athletics will run a deficit of approximately $13 million. While the Cougars generated an extra $1million in ticket sales over the previous year, overall contributions were down and overall revenue fell by a little more than $300,000. Expenses fell by about $750,000, leaving WSU’s shortfall about $500,000 less than the previous year.

Read more for the overall summary:

When the presidents and athletic directors of Pac-12 schools came together to launch the Pac-12 Network, they envisioned a television cash spigot that would flood the athletic budgets of every member school.

Four years into the network’s existence, however, revenues continue to lag far short of expectations. And with other college conference networks distributing more money per school, it appears that the Pac-12 needs a partner to extend its reach into more households to keep pace with its rivals.

The Big Ten conference and Southeastern Conference (SEC) reach five times as many households, according to some estimates.